I can’t believe that three months ago, three friends consumed three bottles of wine (and a little bit more) and made the beginnings of a plan to organise a spectacular charity ball with the aim to raise over £5,000 for Muscular Dystrophy UK and I can’t believe we did it!

Our grand total was…

… with a little more coming in week after week.

What an event, what a team, what a fantastic effort and what a fab amount for charity!

Rosie’s Charity Ball took place on Friday, 16 June 2017 at Clevedon Hall, North Somerset. 120 guests joined us for the event which started at 7pm and was kicked off by the fabulous, award-winning, local swing and jazz artist John Prescott who serenaded guests on arrival. It was a beautiful, sunny evening so many enjoyed a glass of fizz outside on the lawn, whilst others watched John perform and took the time to check out the fantastic auction and raffle prizes.

The gong sounded and we all made our way through to the grand library to be seated for a three-course dinner prepared by a Michelin-trained chef. I gave a quick welcome to guests and a special thank you to Grazyna and Katherine for giving up so much of their time to help organise the ball (they were truly amazing and totally dedicated) before we sat down to eat. 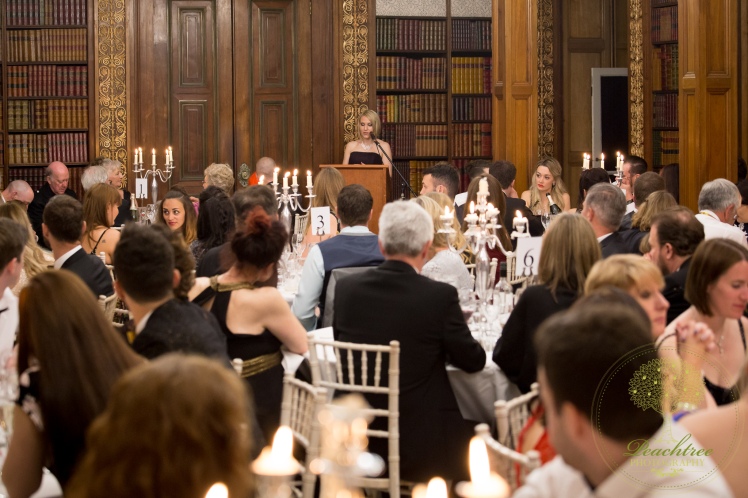 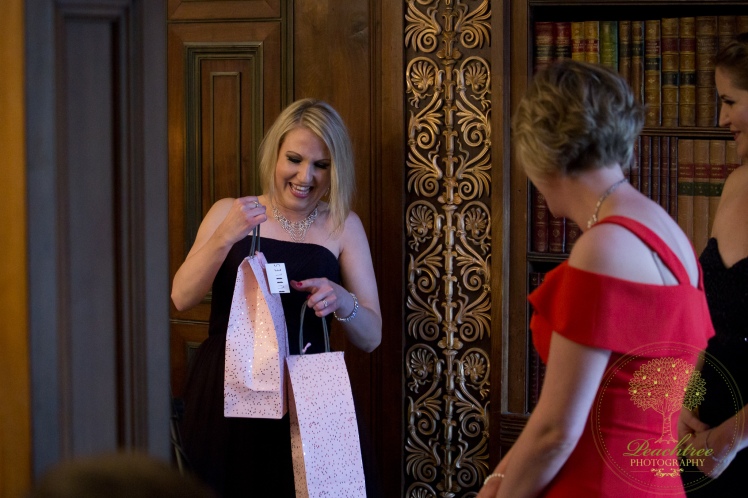 On the night we were joined by Gillian, an amazing lady who works for Muscular Dystrophy UK. She was an absolute star helping to collect hundreds of pounds via the raffle through dinner, and helped us at the end to organise the raffle winners and count up the bids from the auction. She kept us on track and we were really grateful to have her experience and support on the night.

Just before the end of the end of the meal, Iain and I stood up and spoke for a few minutes about our little Rosie, why Muscular Dystrophy UK is such an important charity and thanked all of the amazing people who’d supported us; everyone who’d bought a ticket for the ball, donated an auction or raffle prize, sponsored the event, helped promote the event and got involved in whatever way they could.

After coffees, we all made our way to the great hall where the best covers band in the south west, Rumdog Billionaire (formed of Iain, his brother, Graeme, and wife, Sabrina), rocked out and got the party started. We all danced long into the night, Katherine got on the mic around midnight to announce the ball had been a HUGE success and we’d raised in excess of £5,000! We danced and celebrated long into the early hours and had a great night! 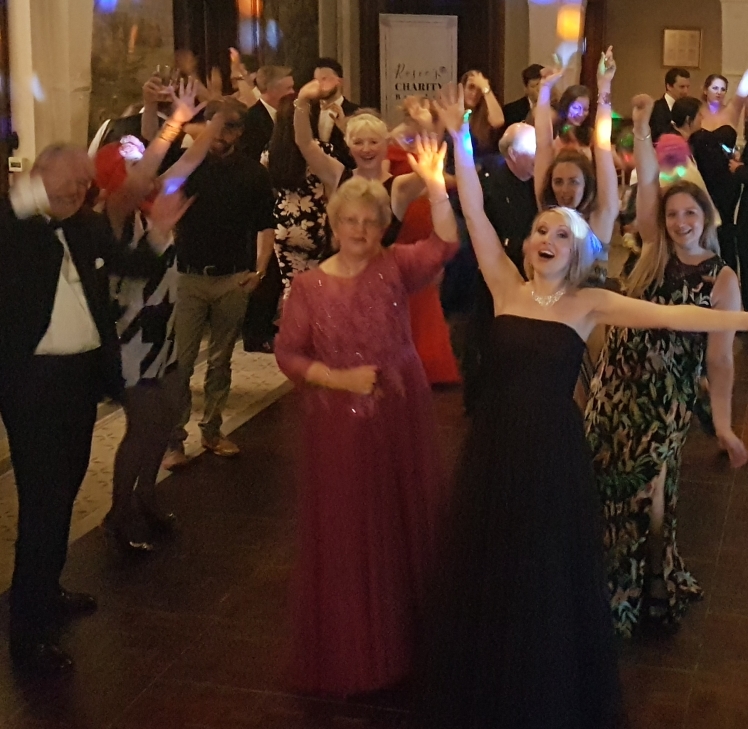 THANK YOU so much to everyone who helped us to raise such a fantastic amount of money for Muscular Dystrophy UK. So far the total raised for my #KilimanjaROSIE expedition is £6,248.27 including gift aid. My aim is to raise £10,000 by September…fingers crossed! I can’t believe there’s only 78 days to go!

Over the last couple of weeks I have been asked a number of times if I would do a charity ball all over again. Although I have to say I completely underestimated the amount of time, effort, thought, energy and preparation it would take to organise a charity ball, I would, without hesitation say … YES! It’s such a fantastic way to raise awareness about Rosie’s condition, money for charity and enjoy a fantastic night with family, friends and lots of new friends too. 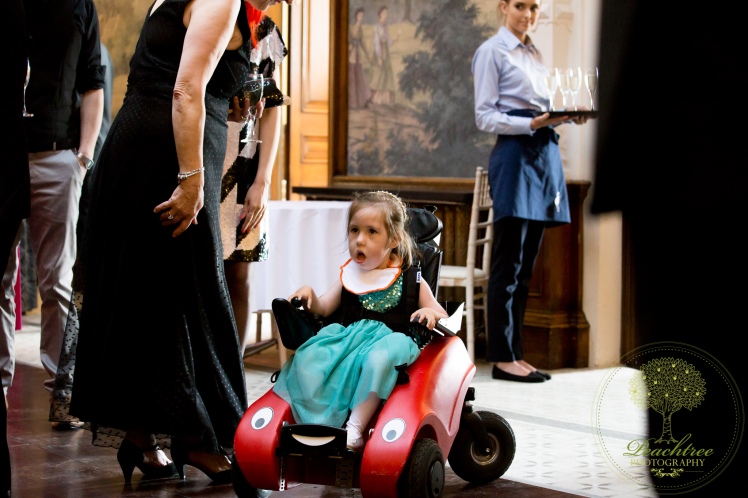 You can find a few select photos on Rosie’s Charity Ball website and the full album on our Facebook page.

One thought on “Rosie’s Charity Ball (Part 2 – the main event!)”