I am a proud mummy today!

Rosie’s communication is really starting to come on. Over the last couple of years she’s been trying really hard to master certain letters and words. Her speech is very vowel focused and she loves the letter ‘N’.

A chair is ‘E-air’, a ladybird is ‘ay-E-uuu’, a lion is ‘i-yun’ and for a long time now I’ve been called ‘nunny’ (I only recently found out there was another, bad-mannered meaning for this word!)

We have been working with a speech and language therapist called Alison over the last few months to help Rosie’s speech and for us as parents to understand how we can encourage her talking ability.

Taking one letter at a time, we explore lots of words starting with that letter using visual prompt cards. Rosie loves it. We’ve been working on the letters ‘H’, ‘L’ and ‘Y’ – she’s not quite there yet, but she’s certainly a pro at the letter ‘N’! 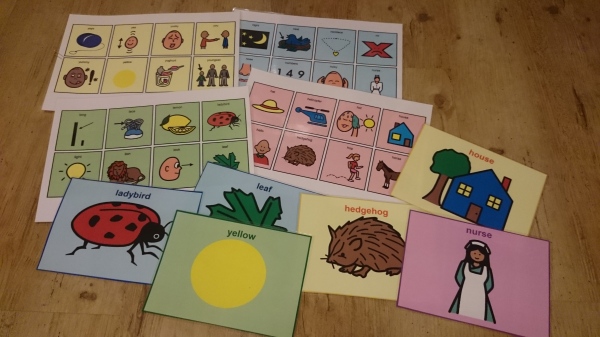 Anything that requires a closure of the mouth to make a sound such as P’s, B’s and M’s she really struggles with as she’s unable to close her mouth – I’m sure she’ll find a way around it, somehow!

Rosie showed us tonight that she really will do things in her own time! I was over-joyed tonight when I finally captured on camera Rosie saying ‘Daddy’. She’s only said it a couple of times over the last month but I think she’s got it (when she’s lying down anyway!).

She melts my heart!

One thought on “Mastering the letter ‘D’ on video!”